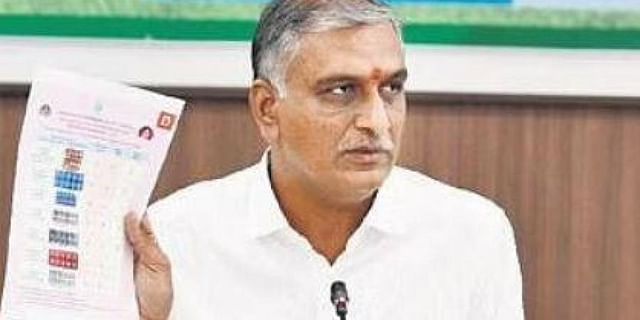 HYDERABAD: Health Minister T Harish Rao has announced that the Medical and Health Department, in collaboration with the Panchayat Raj and Municipal Administration departments would be conducting a door-to-door fever survey across the State from Friday, distributing Covid-19 home isolation kits to those having symptoms and found positive for the virus.

Addressing the media here on Thursday after a virtual meeting at BRK Bhavan with district officials, Harish said the fever survey in the second wave had yielded excellent results saving the lives of many and earning praise from the NITI Aayog. The report of the economic survey had considered it as one of the best practices, prompting the Centre to direct other states to follow it.

The State government was following the guidelines of the Indian Council of Medical Research to concentrate more on treatment as against testing, he stated.He said that home isolation kits with all required medicines were sourced a month in advance. “We now have two crore Covid-19 testing kits and one crore home isolation kits in Telangana,” he said.

The Minister pointed out that testing kits (RT-PCR and Rapid Antigen Tests) and home isolation kits were available at every ANM Sub-centre, PHC, Basti Dawakhanas and hospitals across the State and that there was no need for people to go to private diagnostic centres or hospitals. Asha workers would regularly monitor those in home isolation and would take them to the nearest hospital if the need arose.The Panchayat Secretary, MPO, MPDO, healthcare workers would be implementing the fever survey in villages and municipal ward officials and health officials would be conducting it in municipalities.

All beds have O2 facility

He also said that all 27,000 hospital beds across the state have been converted into oxygen beds and that oxygen generation plants were established in 76 hospitals. This had boosted oxygen generation capacity from 120-130 MT during the second wave, to 340 MT presently, which would be increased to 500 MT soon, as directed by the Chief Minister.

Harish hoped that the Centre would take a decision on the request made by the State government, to reduce the time period between second dose and precautionary dose from nine to six months. Pointing out that the occupancy rate in hospitals due to Covid-19 was less than one per cent, he urged the people to follow rules and go to the nearest health centre if they develop symptoms.

Union Minister for Tourism and Culture G Kishan Reddy on Thursday tested positive for Covid-19 with mild symptoms. He urged all those who came in contact with him over the past few days to get tested and isolate themselves. Reddy tweeted that has isolated himself at home.

Jagtial: Jagtial MLA M Sanjay Kumar has tested positive for Covid-19. The MLA had been present at a function where K Kavitha took oath as an MLC in Hyderabad on Tuesday. He got himself tested after the cook at his residence was found to have been infected.