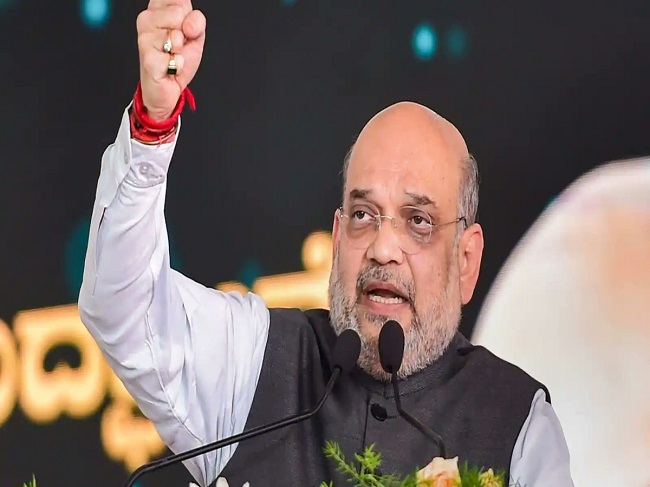 Is Amit Shah over rated? This is the question that most political watchers are asking especially after the Tukkuguda public meeting to mark the conclusion of the second phase of Bandi Sanjay’s padayatra. Amit Shah’s speech was not only insipid, but also problematic for the state BJP.

During the course of the speech, he said that the BJP would buy every grain of parboiled rice. The TRS, which was waiting for the opportunity, picked this and took to the social media asking who the Central Government, which refused to take parboiled rice from Telangana, would buy the same rice if the BJP was in power. The TRS took the BJP to task. By the time the BJP realized the gaffe, the damage was already done.

BJP insiders say that Amit Shah’s speech was hastily prepared and it was cobbled up just at about 5 pm, barely an hour before the start of the actual meeting. The talking points reached him quite late and he did not even get an opportunity to go through the contents of the talking points. His team of assistants, according to the BJP insiders, did a very shoddy job.

Hence Amit Shah’s speech did not contain anything new. His speech was insipid and did not address several issues. Political watchers say that the party’s lack of application of mind during such an important occasion shows the chinks in its armour. They feel that Amit Shah should have done his homework well before actually delivering speech at the public meeting.