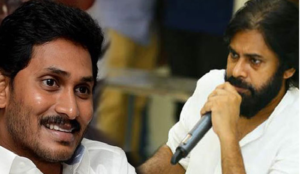 In the wake of Pawan Kalyan hitting back strongly at the ‘three wives’ remark made by YS Jagan, today even the National media folks like India Today have covered it rigorously on their websites and print editions. Wonder why this went viral, it is AP CM’s basic mistake to make personal allegations that too in a wrong way, that led to this.

Jagan has commented that Pawan got three wives, five kids and all of them are studying in English medium only. But actually, one has to say that Pawan got married thrice but not three wives. He has divorced a wife and then got married to another, which is quite legal. So the comment of ‘three wives’ don’t hold correct, legally and ethically, and that’s what even National Media is highlighting now asking how could a state’s CM be so ignorant.

At the same time, bringing personal matters to malign someone is making many remind iconic former British Prime Minister Margaret Thatcher’s quote that only when the people are losing their argument and don’t have any logic to defend, they involve personal things.

After performing some of the tasks regarding state wisely, one wonders why Jagan is losing cool and losing logic as well regarding basic stuff.