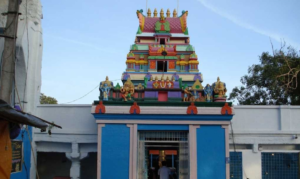 The collective conscience of the whole nation has suddenly shaken with Nirbhaya repeating again and again and again. The latest Disha case in Hyderabad made Indians started to believe in a permanent solution by making strict and god-fearing laws instead of symbolic protests once in a blue moon.

The mass protests demand this time in a higher degree of killing the culprits immediately without wasting hours. Just when everyoneâ€™s soul stirs up with the uproar, the prominent Chilkur Balaji temple has also symbolically showed their support to Disha and women safety by suspending darshans for 20 minutes.

The popular temple has been closed for nearly 20 mins and all the worshippers were stopped outside the gate. It is said to be a symbolic gesture and is no less than a protest from their side. The perpetual and unfortunate rape cases and violence on women have reportedly left the templeâ€™s staff in deep distress.

Rangarajan, the chief priest of Chilkur temple, said the society has once again failed in protecting a daughter, especially who stood alone in the night and crying on the phone. “Things would have been different if at least one bystander or people who were travelling stopped and asked Disha why she was weeping”, he added.

Just like how temple closes during the eclipse, on Saturday, it was closed for 20 minutes and along with Archakas, devotees too participated in Maha Pradakshinam, a gesture asking almighty to make the country safer for a girl child.