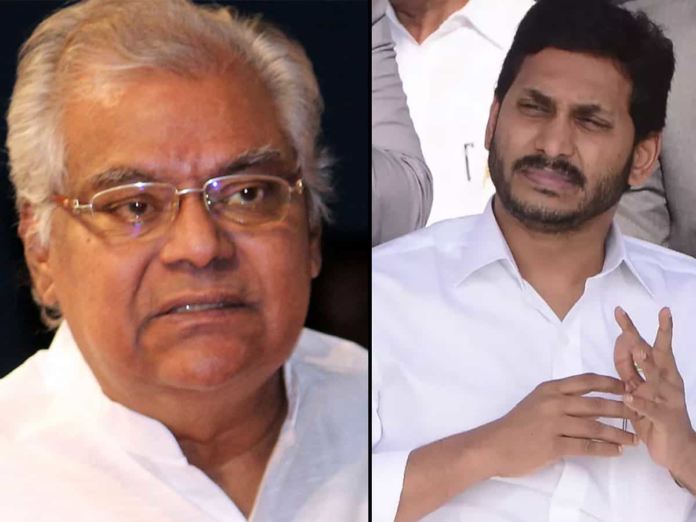 Senior film actor Kota Srinivasa Rao who performed hundreds of roles in his vast movie career has been associated with Bharatiya Janatha Party since the beginning. In his latest interview to a popular media channel, Kota said that he has been a fan of Vajpayee during his times and was politically involved under his influence.

When Kota was quizzed about the situation of AP politics, Kota said that he has the right to comment on Andhra Pradesh’s politics as he hails from the village near Krishna district and he owns properties in Vijayawada too. Though Kota Srinivasa Rao refused to speak much, he threw an idiom on AP CM Jagan’s rule.

Kota said everything that is happening in Andhra Pradesh state is known to Jagan and on this context, he did not want to elaborate but left it to us to deduce from the idiom, ‘We can wake up who is sleeping, but not the one who is pretending to sleep’. Later Kota asked the interviewer not to trouble him with any more details or questions about the political scenarios in AP.

Previously, few months back, while reacting to AP politics, the senior actor has alleged that CM Jagan has been confusing the people of the state with unnecessary issues. So, everyone are eager to find Kota’s ideology and analysis on his cryptic idiom that blasted enormously in the current scenario of the AP political system.