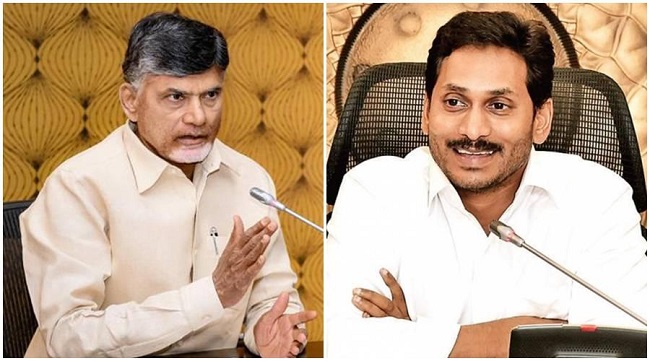 The latest Mood of the Nation survey has literally poured cold water on the hopes of TDP as it has clearly said that the popularity of YS Jagan Mohan Reddy has not diminished in the state and that if elections are held today, the YSRCP is likely to romp hom comfortably. The MOTN-C voter survey has shown that the TDP can get no more than 50 seats in AP and that the YSRCP would win most of the MP seats in AP.

The news surely is music to the ears of beleaguered YSRCP, which is in a standoff with both the film industry and also the government employees. Also, renegade MP Raghuramakrishnam Raju is going hammer and tongs against the YSRCP. Despite all these, the people, according to the survey, are fully with the YSRCP government.

The latest survey would prove to be a huge disappointment for Chandrababu Naidu and it is a pointer to him that he needs to focus more on reaching out to the people and should stop the game of media management, which has never really benefited the TDP.

At the same time, the survey results are sure to prove to be a shot in the arm for the YSRCP. It would now take on the government employees more confidently and deal with their strike with more determination. At the same time, this is also being seen as an indication that the welfare schemes of YS Jagan Mohan Reddy government are actually paying off .