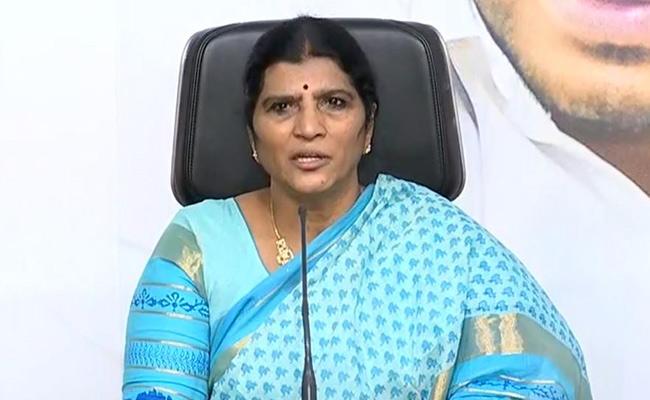 This was the allegation made by YSR Congress party leader and Telugu Academy chairperson Nandamuri Lakshmi Parvathi.

“Sudhakar and Ranganayaki had become pawns in the hands of Naidu. While Sudhakar had lost his job because of Naidu, Ranganayaki had been campaigning for the TDP in social media and she is being projected by the yellow media as a social activist,” she said.

Referring to the outcry against filing criminal cases against 66-year old Ranganayaki, she said it was natural that the police would file cases against anybody who launched a wrong campaign against the government.

“Did the TDP leaders not launch a maligning campaign against me, though I was the wife of the party founder N T Rama Rao? Where are these women association leaders when the pro-TDP channel was resorting to character assassination of me by holding a debate?” she asked.

She said this year marked 25-years of great betrayal against her husband N T Rama Rao by Chandrababu Naidu.

“Time has come for Naidu to seek atonement for the sins that he had committed and eschew from playing dirty politics,” she said.

She said what Naidu had achieved through his misrule was clearly visible in the tremendous mandate that the YSRCP got in the elections last year. It was quite evident how successfully Jagan had carried out the administration over the past one year so successfully.

“Now, people of the state don’t require the services of Chandrababu Naidu. They have forgotten him long ago. He has become just Zoom Naidu,” she said.

Srikakulam: TDP leaders appealed to SP for a comprehensive investigation