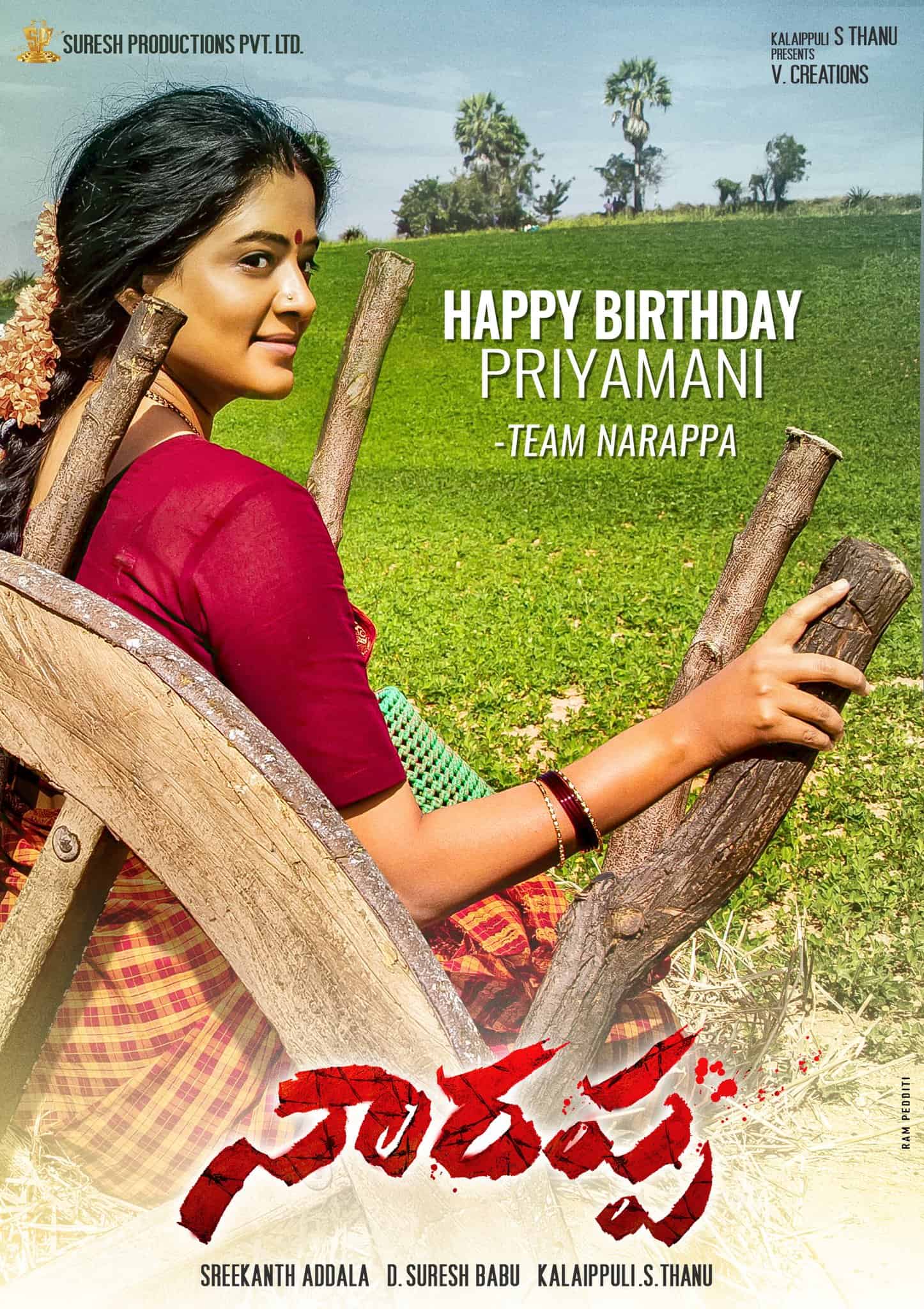 Actress Priyamani is returning to Tollywood after four years gap with two back-to-back films. Coincidentally both are being produced by Suresh Productions banner and as Priyamani is celebrating her birthday, the production house unveiled her first look from the movie ‘Viraataparvam.’

Sometime back, the Suresh Productions banner has unveiled first look of Priyamani from the movie ‘Narappa.’ Priyamani is seen like a typical village house wife in red saree sitting in a bullock cart.

‘Narappa’ features ‘victory’ Venkatesh and his look for the title role has gone viral. “Wish you a very happy birthday @priyamani6. Hope you have a wonderful day and a super successful year with both #Virataparvam & #Narappa. May you be blessed with peace and joy in abundance. #HappyBirthdayPriyamani,” tweeted Venky Mama Twitter handle.

Sreekanth Addala is directing the movie which is the official remake of Tamil movie ‘Aasuran.’