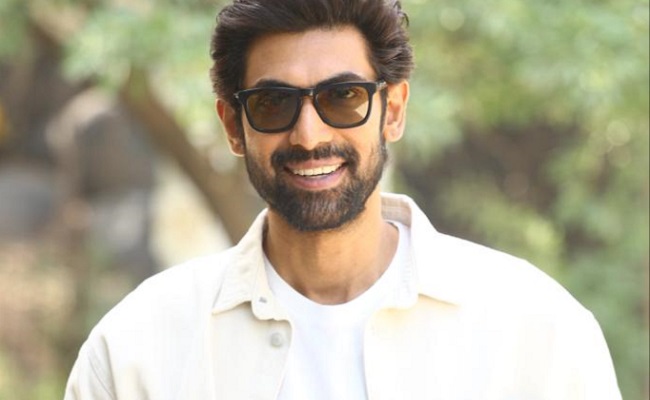 Rana and Sai Pallavi starrer Virata Parvam is finally hitting the screens on 17th of this month. The film’s trailer got wonderful response and celebrities who watched the premieres are heaping praises on the cast and crew.

As is known the film has 90’s backdrop and it was made with realistic approach. Rana who played the role of Ravanna says he did love story for the first time in his career.

“It’s an extremely deep love. How far one can go for love and what all sacrifices he/she can do? It had great impact in me. I never heard such story earlier.”

Rana informs Ravanna’s life turns completely, after he stumbles upon Vennela. “It’s the moral dilemma between being human or fight for his cause. Virata Parvam is more about moral dilemma.”

There is a reason behind someone choosing an unconventional path. Likewise, Ravanna too has his own reasons to taking up naxalism, though he is a doctor by profession.

“Ravanna’s backstory will be known, only through the conversation through other characters. Essentially, it’s more driven towards love. It’s the love story that takes over everything.”

As director Venu Udugula informed a girl named Sarala is an inspiration for Vennela’s character played by Sai Pallavi. Rana informs Ravanna’s is not an original character.

“We took different inspiration for Ravanna’s character. He was a doctor by profession. However, he became a poet and eventually became a Naxalite, due to social injustice.”

While we see many films getting released in other languages, Rana says Virata Parvam will release only in Telugu.

“Some stories should be narrated only in Telugu. Virata Parvam is one such film that has poetic touch. We didn’t want to release it in other languages.”

Rana affirms Ravanna is an intense character. “The one who writes deep poetry are naturally very intense people. I used to discuss with my director Venu in portrayal of the character.”

Sai Pallavi played many challenging roles in her career. “Virata Parvam is a much deeper film. It’s centered around Sai Pallavi’s character. We may find replacement for Ravanna’s character, but nobody else can play Vennela other than Sai Pallavi. It’s that deep and that intense character.”

Rana affirms films of these kinds need real tone, but not commercial tone. “I don’t know whether you will blow whistles, but you’ll feel scared and come to an opinion that it’s absolutely factual.”

There are doubts that whether this movie will connect to this generation. “It’s the right time for Virata Parvam. When we can leave our world and stay non-stop in another world, that’s the real cinematic experience.”

Rana also informed that he sang a song for the first time in Virata Parvam.