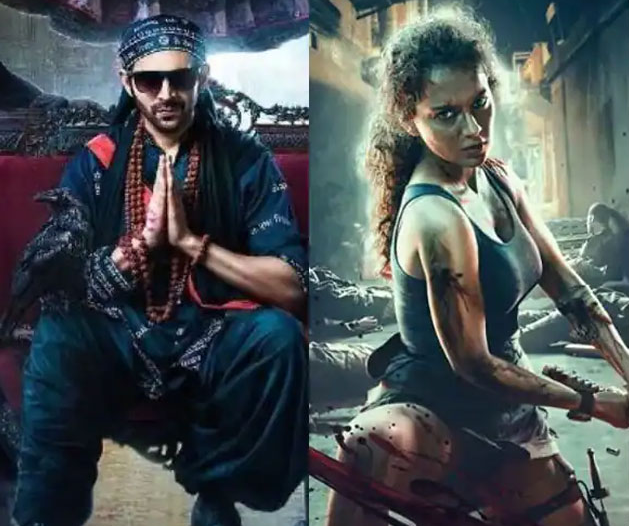 Bollywood is going through one of its roughest patches right now. None of the Hindi films barring ‘Gangubai Khatiawadi’ succeeded commercially in recent times. The pandemic has affected the film industry quite heavily and the big filmmakers are thinking twice before releasing their films in theatres. At the same time, films from the South are creating a huge storm at the Northern box office. Movies from big Hindi heroes like Akshay Kumar, Ajay Devgn, Ranveer Singh and others have failed while ‘RRR’ got over 250 crores and ‘KGF – 2′ is still running in theatres with over 400 crores of collections.

Ranveer Singh who is one of the top stars in the present generation has got his career’s biggest failure with ’83’ and ‘Pushpa’ which was released at the same time got more collections compared to Ranveer’s film. He once again came in theatres this week with ‘Jayeesh Bhai Jordaar’ which was produced by Yash Raj Films. This film deals with a serious social topic and the trailer was impressive too. But the film is not able to get good collections and ratings are very low too. It is turning out to be a huge disappointment for Ranveer Singh’s fans.

The three Khans are not coming anytime soon and other big films are bombing one after the other at the box office. ‘Prithviraj’ is one of the high-budget films in Bollywood which is arriving on 3rd June but there is no positivity on this flick due to many reasons. ‘KGF – 2’ is still running in North theatres as there are no impressive Hindi films in recent times. With Kangana Ranaut’s ‘Dhaakad’ and Karthik Aryan’s ‘Bhool Bulaiyaa 2’ arriving on 20th May, we need to see if one of them succeeds at the box office at least.