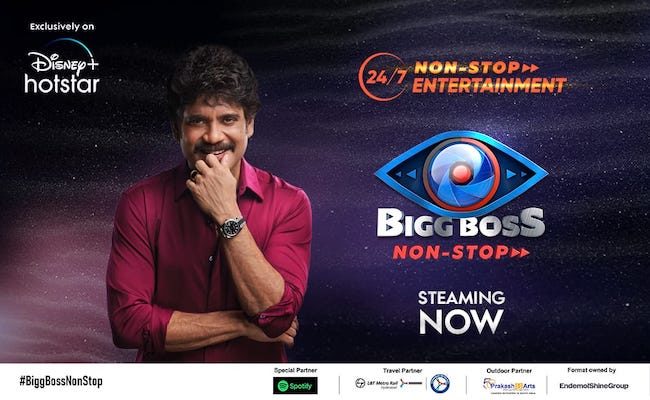 With record-breaking numbers on the day of the launch, Bigg Boss Nonstop had made the noise as expected from the show. Telugu audiences’ love for Bigg Boss was well evident at the time of airing and the number of seasons that the show had completed since its launch. The spin-off version of the show was launched on DisneyplusHotstar, is being hosted by Akkineni Nagarjuna.

The announcement of the show’s launch gave rise to many speculations and rumors regarding the contestants. Many celebrity names came to light raising the audiences’ curiosity even more. While some of the people that were expected to be a part of the show were not, many others who the audience loved in the past, have made an appearance on the show.

DisneyplusHotstar witnessed million-plus logins at the time of the launch making this one of the grandest openings of all time as far as it comes to Telugu shows.

Experience Bigg Boss in a completely different light with Bigg Boss Nonstop every day on DisneyplusHotstar.