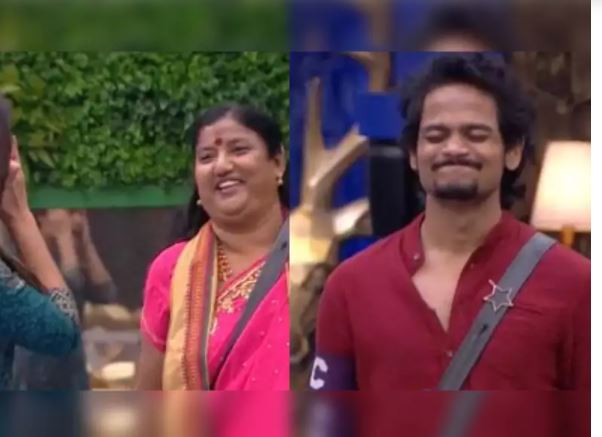 Bigg Boss Telugu season 5 is going to witness an episode loaded with drama as Siri’s mother enters the house.
The latest teaser of the upcoming episode shows Siri’s emotional reunion with her mother during the BB Express task. However, Siri’s mom quickly said, “You are playing well but I’m not liking you and Shanmukh hugging. He’s trying to help you as a friend but I’m not liking you both getting closer.”
This leaves Shanmukh, who is in a frozen mode, embarrassed and his expression says it all.

Meanwhile, opinion of fans on social media over the statement of Siri’s mom is divided. While a few think it might have been a different story if Siri was not engaged to Srihan, a few others opined it was right on the part of Siri’s mom to say it on the face.
For the unversed, Siri is engaged to co-star Srihan while Shanmukh is in a relationship with Deepthi Sunaina. In ETimes TV’s recent poll on Twitter about Siri-Shanmukh’s friendship, 72.3% respondents thought it was ‘fake and scripted’. Host Nagarjuna also spoke to both of them about their equation in the house. While Shanmukh shared that he was missing his girlfriend Deepthi Sunaina, Siri confessed that she feels a connection with him despite her conditions outside the house. Siri added that she is just being herself in the house.
On the other hand, the upcoming episode will also see Maanas’ mother taking a funny jibe at Sreerama Chandra asking, “Why are you calling me aunty? There’s no aunty business, only girl friend business!”