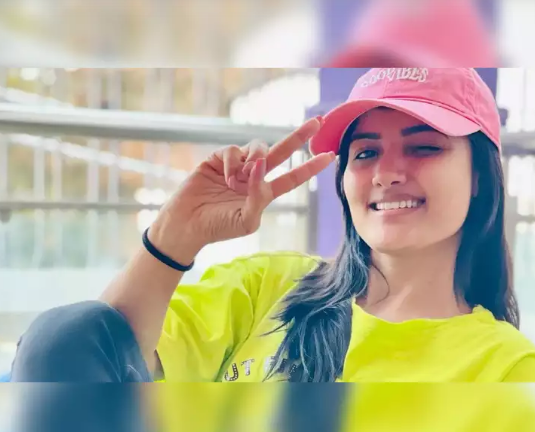 Siri Hanumanth of Bigg Boss Telugu 5 fame will now be seen in an upcoming Telugu web series #BFF, which is the official remake of popular Hindi series ‘Adulting’.
Siri is playing the role of Nithya in the series which is all about the journey of two imperfect women trying to deal with the responsibilities and navigate through the customary challenges of adulthood in today’s Hyderabad.
Talking exclusively to ETimes TV about the uncanny resemblances between the storyline and her real life, Siri said, “The story of #BFF is very relatable to us. I, too, was denied a room as a bachelor in Hyderabad. I had to struggle to find a room and there were days when I shamelessly asked my friends and mother for mom during my heydays. Secondly, I can relate to the social media influencer struggles of my role Nithya.”
Adding that her mom is one BFF whom she looks up to in real life, Siri said that #BFF abbreviates ‘Best Flatmates’.
When quizzed about the original ‘Adulting’, Siri said, “It is one of my favourite series. We watched it long back. But I deliberately did not watch it before shooting for this series. In fact, I’ve asked for the role ‘Tara’ first but I was offered ‘Nithya’ (laughs). I’ve in fact prepared for the role, practising my lines and composure before the mirror.”
Siri was also a part of many YouTube series like Madam Sir..Madam Anthe, Gandaragolam, Ram Leela et al. The TV actress is known for her performance in daily soaps like Evare Nuvvu Mohini, Agnisakshi & Savitramma Gari Abbayi.
Siri Hanmanth shot to fame with Bigg Boss Telugu season 5. She was one of the five finalists of the season. Siri was last seen in Bigg Boss Non-Stop as well both as a guest on a weekend episode and also a weekday episode for the eviction-free pass.