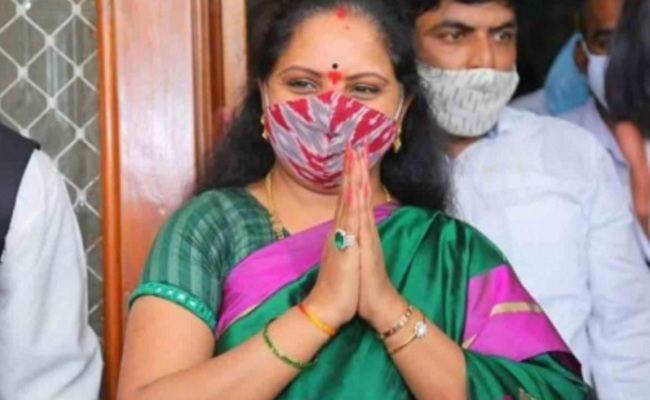 The TRS plenary took place yesterday, which also marked the 20th anniversary of the founding of the TRS party. The function was held in a grand manner, with every single member of the party attending the event, which hosted more than 6000 members. The only people that were absent were those campaigning for the Huzurabad by-elections, which are set to take place on October 30th. The absentees include Harish Rao and some more ministers.

Despite their absence, Harish Rao and the other ministers congratulated KCR on social media platforms, as he was elected as the president of the party for the ninth consecutive time. In all of this grandeur, there was a highly conspicuous absence of one member. KCR’s daughter Kavitha, who is also an MLC, was absent at the event and didn’t even take the time to post anything about the event on social media, resorting to simply retweeting everything that the official account of TRS tweeted.

Kavitha is said to have skipped the event at the suggestion of doctors, who advised her to stay home and take rest after she was suffering from mild fever. Kavitha came back to Hyderabad from Dubai on Sunday, where she had gone last week to celebrate the screening of the Bathukamma festival on Burj Khalifa on behalf of Telangana Jagruthi.