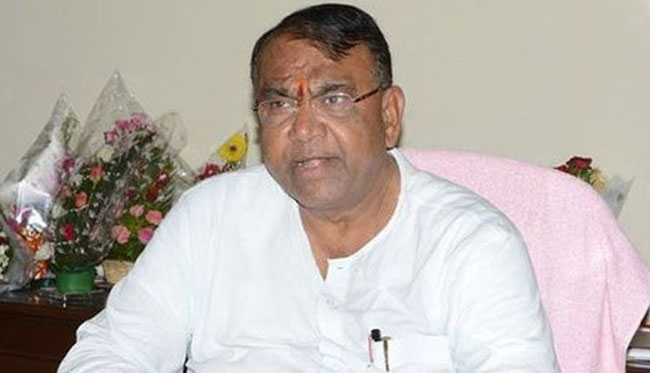 The ongoing Coronavirus continues to ring the danger bells across the Telugu states even after the count of the single-day cases came down rapidly. Days after Andhra Pradesh Governor Biswabhusan Harichandan had come in contact with the contagious respiratory disease another key personality was declared positive for novel Coronavirus.

In a shocking development, Telangana Legislative Assembly speaker Pocharam Srinivas Reddy contracted the dreaded Covid and was admitted to AIG Hospitals in Gachibowli. He is undergoing treatment and his health is also fine now. The Speaker issued a statement earlier today to confirm the news of catching Covid.

The Telangana Speaker said that he did not develop and serious symptoms or health issues but was admitted to the hospital as the doctors had advised him to do so. He also appealed to one and all who came in contact with him recently to take the Covid tests as a safety measure.

The infection was detected as Telangana Speaker underwent the tests on Wednesday as part of the general health checkups. The reports came back positive and made the Speaker visit the hospital facility. Going by the doctorsâ€™ advice, Pocharam Srinivas Reddy was admitted to the hospital and undergoing treatment now.

Pocharam Srinivas Reddy was recently seen at his granddaughter’s marriage in pearl city Hyderabad. The high-profile marriage was attended by key dignitaries like Andhra Pradesh Chief Minister YS Jagan Mohan Reddy and Telangana Chief Minister Kalvakuntla Chandrashekhar Rao aka KCR and a few others. A tense situation arose as Pocharam Srinivas Reddy had contracted Covid. At the wedding, he was spotted welcoming and talking with the guests.

It is high time that people should be more cautious with the Coronavirus as the fear caused by the deadly virus is not over yet. Even though the cases have come down rapidly, we should be more careful with the virus, or else the previous scenes might get repeated and lead to one more crisis.