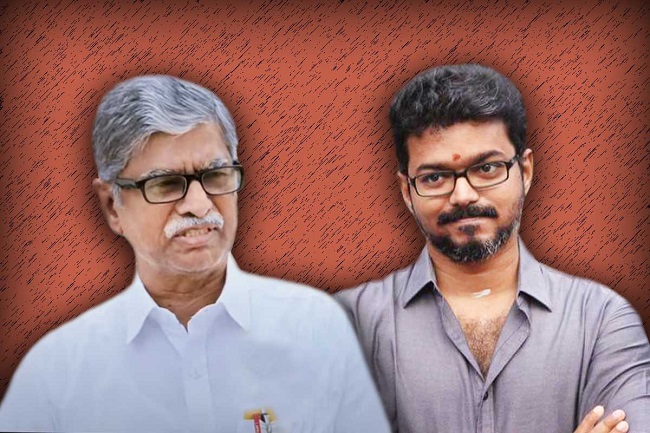 Thalapathy Vijay is one of the leading stars in the Kollywood industry. He enjoys an unbelievable fan following among the masses and his films set the box office on fire by recording big numbers in the collections. He is the bankable star in Kollywood and the directors want to work with the star.

Seeing his popularity an opinion was circulated months before the general elections in Tamil Nadu that like Kamal Haasan, Rajinikanth, Vijay will also enter the politics. His father started Vijay Makkal Iyakkam (VMI) adding fuel to the belief that Vijay will make a political entry.

As a piece of bad news to his fans, Vijay gave a clarification that he is not venturing into politics and urged everyone to not use his name for political gains. When informed that his name is being used for political gains, the star had knocked on the doors of the Chennai civil court.

Vijay moved the civil court to seek orders to stop his parents and the members of the Vijay Makkal Iyakkam (VMI) started by his father SA Chandrasekhar from using his name at the political meetings.

With this, the doors for Vijay’s political entry through VMI were closed. Despite Vijay giving his opinion on serious issues, Vijay in various instances said he is not related to politics.