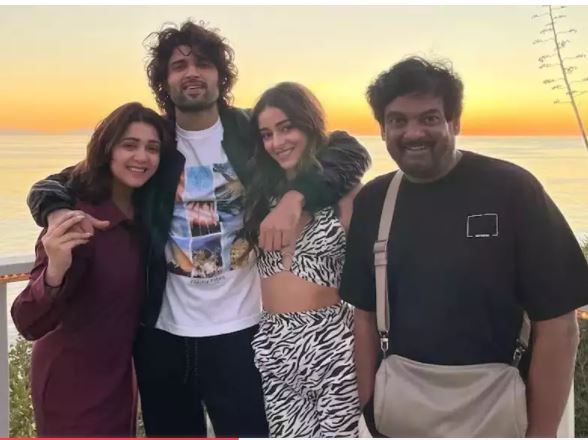 The team of Puri Jagannadh’s Liger has shifted base to Los Angeles after wrapping up a schedule in Las Vegas.
On Sunday, the team shared some pictures of Vijay Deverakonda, Ananya Panday, Puri and Charmme Kaur posing together. Vijay also shared the same, writing, “Hello from LA.” The team is currently shooting for the action entertainer based on MMA fighting with former boxing champion Mike Tyson. While the champion’s first-look from the film was released, the team is yet to share any working stills with him. They had also revealed while shooting with him in Vegas that the team had treated him and his wife to delicious Indian food.

A major schedule of the film was wrapped up in Goa before the team headed to the US with the lead actors. Vijay, who will debut in Bollywood with this film, underwent a total makeover when it comes to his look and body. He hit the gym to get buff for the role apart from growing his hair long and leaving it unruly. Ananya will be making her debut with the film down south as it’ll hit screens in all South-Indian languages. As the filmmakers are yet to wrap up the film, a release date has not been announced.